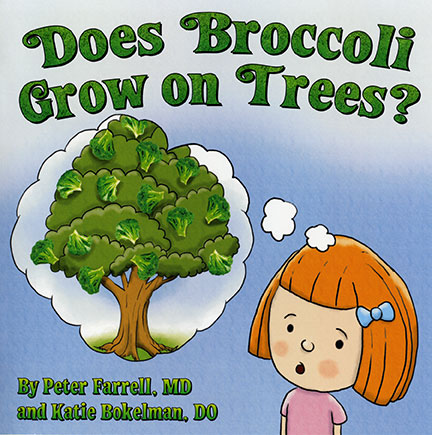 Katie Bokelman, DO, and Peter Farrell, MD, both grew up in the Midwest where backyard gardens are common. So when they learned that not only were some of the children they treated nutritionally deficient, they also had never seen a garden, the residents took action.

"We thought one small thing we could do is teach them how to grow their own fruits and vegetables," Dr. Farrell says.

On Mother's Day 2014, Drs. Farrell and Bokelman, along with fellow EVMS pediatrics residents Michael Rogers, DO, and Kyle Brady, DO, planted a garden with help from 12 children ages 6 through 12 and their parents.

"Some of these kids had never seen a whole cucumber," says Dr. Farrell, who along with his colleagues sees patients at practices associated with Children's Hospital of The King's Daughters. Working with CHKD pediatrician Paige Frazer, MD (MD '99), as a mentor, the residents also involved a nutritionist to create recipes the children can make using their fresh fruits and vegetables.

The garden's second year found 18 children and their parents involved. Drs. Bokelman and Farrell grew so excited about the project that in August, they turned it into a children's book, Does Broccoli Grow on Trees? The book is available on Amazon.com.

CHKD patients ages 6 through 12 can take part in the garden projects. Supplies and tools are provided free. To learn more, visit the CHKD Garden page on Facebook or email garden@chkd.org.