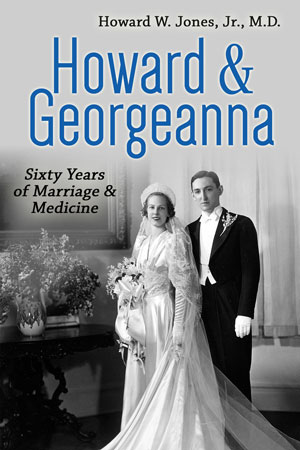 The final book written by Howard Jones Jr., MD, Professor Emeritus of Obstetrics and Gynecology, was published in October. Dr. Jones completed the work a few weeks before his death July 31.

Titled Howard & Georgeanna: Sixty Years of Marriage and Medicine, the book traces the lives of Drs. Howard and Georgeanna Jones from their start as medical students to their second careers as pioneers of in vitro fertilization. The couple was responsible for the first IVF baby born in the United States in 1981 and co-founded the Jones Institute for Reproductive Medicine at EVMS.

The book is available through its publisher, Jamestowne Bookworks, owned by former research colleagues of the Joneses, Roger and Lucinda Veeck Gosden. It can also be purchased on Amazon.com.