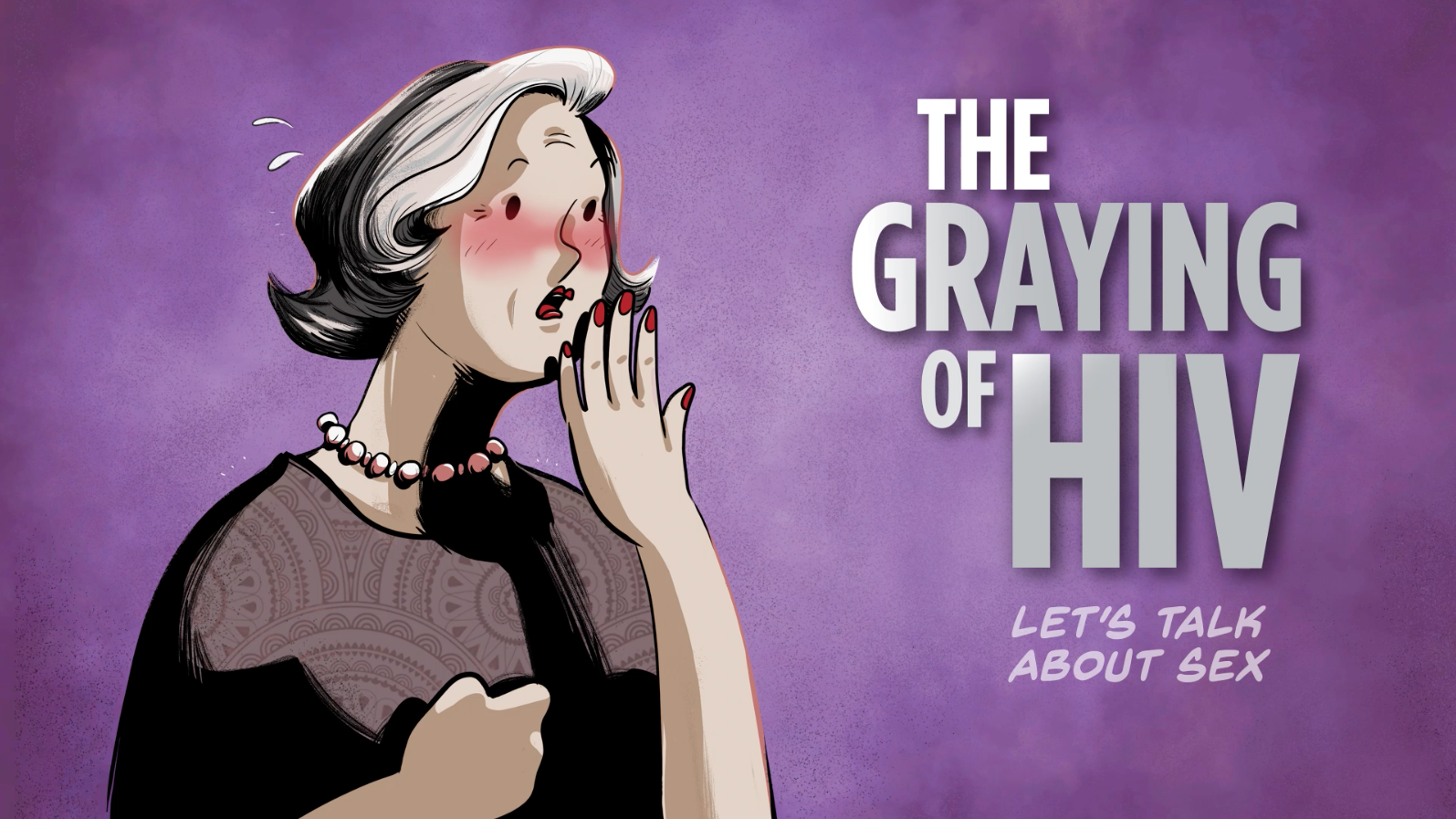 A look at the new face of a national epidemic

“It’s not exactly something you want to chat up the bridge-club ladies about,” Amanda says. “HIV isn’t something people in my social circle and at my age know, or care to know much about.”

And therein lies the problem.

According to the Centers for Disease Control and Prevention, more than 45 percent of all people in the U.S. living with diagnosed HIV are over the age of 50. That’s thanks in great part to better treatments and disease management that enable people to live far longer, says Catherine Derber, MD, Associate Professor of Internal Medicine who also works in the division of Infectious Diseases at EVMS.

But even if the issues around the aging of HIV and AIDS stopped there, healthcare providers and their patients would already have plenty of uncharted territory to manage, Dr. Derber says.

“We have patients living into their 80s and 90s,” she says, “and with that comes issues of aging. The combination of HIV and geriatrics isn’t one that had been much thought about, so it leaves a lot to consider and manage.”

Yet the graying of HIV is not just the result of better treatment.

According to the CDC, as many as one in seven new diagnoses of HIV or AIDS in the U.S. is in a person over 50. While older people have the same HIV risk factors as younger people, research suggests they are often less aware of their susceptibility.

A 57-year-old peer educator with the HIV/AIDS Resource and Consultation Center at EVMS, Mr. Bailey works to educate the community about HIV risks.

“You have to know your risk factors,” he says.

Amanda did everything right by social standards, she says.

She waited a respectful amount of time after her husband of 34 years passed away before her foray into the dating world. She didn’t rush — not into dating and certainly not into bed. She dated just one man. Talking about condoms makes her blush.

“It’s silly really when you think about it,” Amanda says. “I just thought this was something that happens to other people, younger people. Not to me.”

But no one is immune. 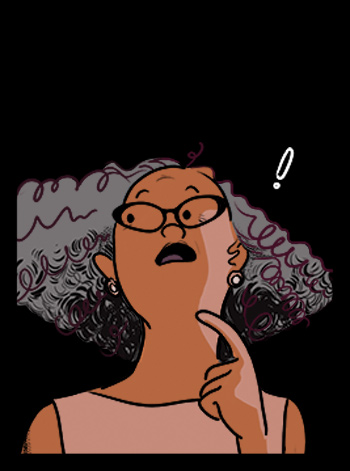 It’s a simple fact that registered for Cindy Lewis, BSN, RN, ACRN, a Nurse Educator with the HIV/AIDS Resource and Consultation Center at EVMS, when her sister started talking about dating for the first time in over four decades.

“She was going to attend a senior prom, so I went to visit, and I threw a handful of condoms in my suitcase to take along,” Ms. Lewis says.” She was married for over 40 years, so I knew that dating today was something we needed to talk about.”

It was an uncomfortable discussion, Ms. Lewis says. “We giggled a lot, and it was a little embarrassing, but it was a really good talk.”

Unfortunately, that “talk” isn’t something many people have with family members over the age of 55.

“Who’s going to ask their mom or their grandma if she is having unprotected sex,” Ms. Lewis says. “You just don’t see conversations happening that way.”

Plus, stigma and misperceptions about the disease still linger.

“The questions and comments I hear never cease to amaze me,” says Tanya Kearney, PhD, MPA, Director of the HIV/AIDS Resource and Consultation Center at EVMS.

24,396 Virginians living with HIV or AIDS as of December 2016 (the most recent statistics available from the Virginia Department of Health).

That accounts for 31% of all Virginians with HIV or AIDS — more than any of the other four health regions in the state.

And like the national trend, more than 45 percent of those are over 50 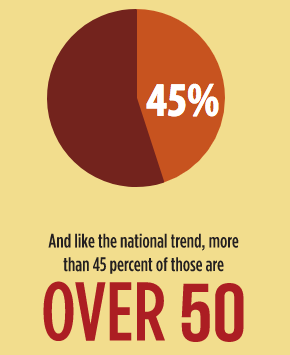 At a recent social event, a woman in her 70s told Dr. Kearney she carries silverware to restaurants in her purse for fear she may “catch HIV” from the restaurant staff.

“In the older generations especially, there is still a lot of misinformation and misunderstanding,” Dr. Kearney says.

They think it is a young person’s disease and stereotype it as something that only affects people who are promiscuous, gay or drug users.

They don’t consider that the disease could just as easily affect the handsome widower in church, Ms. Lewis says.

Yet the Virginia Department of Health reports that as of December 2016 (the most recent statistics available), 24,396 Virginians were living with HIV or AIDS. Of those, 7,464 were in the Eastern Region, which includes Hampton Roads and the Eastern Shore.

That accounts for 31 percent of all Virginians with HIV or AIDS — more than any of the other four health regions in the state. And just like the national trend, more than 45 percent of those are over the age of 50.

The U.S. Administration on Aging refers to seniors as “an invisible at-risk population” in regards to HIV.

Not only are seniors less likely to understand their risks or get tested for the virus, experts say, they also are often too embarrassed to talk with their doctors about it.

Not only are seniors less likely to understand their risks or get tested for the virus, experts say, they also are often too embarrassed to talk with their doctors about it.

Even healthcare providers struggle with the HIV conversation when it comes to their older patients.

But it’s an important conversation to have, Dr. Derber says, because there are challenges to HIV and AIDS care in the 50-and-up age group.

Older patients may not remember to take their medications every day, Dr. Derber says, while other seniors may suffer from depression or feelings of isolation due to their diagnosis.

There is also a balancing act between the nuances of aging and the side effects of HIV medications. Practitioners have to be more in tune to patients living with HIV and other common chronic illnesses, like diabetes and heart disease.

Mr. Bailey knows that all too well. The Portsmouth resident has been living with HIV at undetectable levels since 2007, thanks to the care he receives at EVMS and the support he has through the resource center.

Most days, he says, his Type 2 diabetes is harder to manage than his HIV, and overall he is in excellent health. Still, dementia runs in his family, and he worries about cognitive impairment — from age, from dementia, from the known side effects of HIV medication.

Age is not a condom

45%: percentage of all people in the U.S. living with diagnosed HIV are over 50. 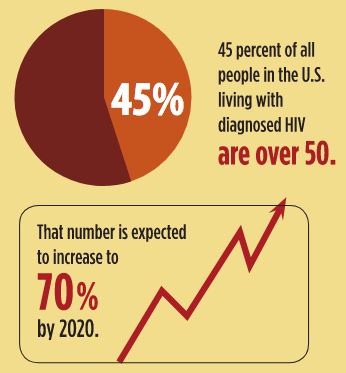 58: The median age of persons with HIV

According to the CDC, as many as one in seven new diagnoses of HIV or AIDS is in a person over 50.

“When I don’t feel good, I have to stop and ask myself why,” Mr. Bailey says. “Is this just a bad day? Is it my getting older? Is it my diabetes or my HIV? It’s not a cut-and-dried answer.”

Mr. Bailey has an excellent support system — doctors who oversee his care, a partner and friends who love and encourage him and coworkers at the resource center who submit him in his mission to educate others.

This much is clear to Mr. Bailey: He isn’t seeing much in the way of articles in his AARP magazine about how to live as a senior with HIV.

That’s why he speaks often about the issues facing seniors who have HIV and to audiences from all walks of life. He is living a very public life, even though his own parents, now in their 70s, don’t know he is HIV-positive. Mr. Bailey says he feels an obligation to further the conversations around healthcare and social challenges faced by those living with HIV in their 50s and beyond.

“I’m in exactly the right place and time to help bring this conversation to the forefront,” he says, “and if that means my parents find out, OK, then we will have that conversation.”

HIV prevention and treatment come down to education — for both society and the medical community at large.

As the Director for Case-Based Learning, Lauren Mazzurco, DO, Assistant Professor of Internal Medicine who works with the Glennan Center for Geriatrics and Gerontology, has spent the past two years developing and integrating care of the elderly and chronic disease threads into EVMS’ CareForward Curriculum.

She recently “brought to life” a virtual family case through the use of a standardized patient in the classroom with the intent of asking difficult and uncomfortable questions. In the case, students were presented with the diagnosis of HIV in a 60-year-old patient for whom the class had not received any social history.

The idea behind the exercise is to encourage students to consider the patient as a person with his or her own story, Dr. Mazzurco says, and to use that story to help guide the meaningful development of management plans for care. 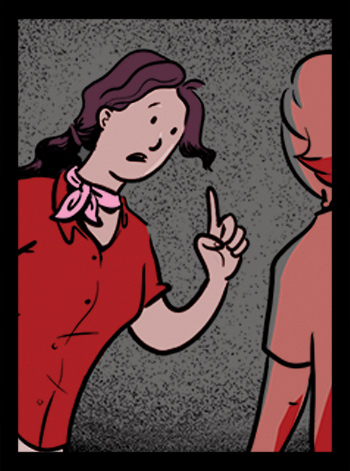 Social circumstances and influences. Support systems. Culture. Risk factors. Transportation. Finances. These are all important pieces of the patient puzzle, she says.

“And it’s not just things that are unique to HIV or to chronic illnesses,” Dr. Mazzurco says. “It’s all the pieces of information that may not be at the forefront of our minds but that can be relevant to a patient’s care.”

And understanding the patient’s story and experience ultimately lead to better care.

“If you don’t get to know your patient as a person, then you are limited in how you can help him because you are making decisions with limited information,” she says. “We want our students to become healthcare providers who understand true patient-centered care and have that ingrained in them from the very beginning of their careers.”

Patient-centered care is the kind Amanda receives from her EVMS doctor. Today, her physician is one of only two people she talks to about her diagnosis and treatment. The fear of people passing judgment about her HIV status still keeps her silent on the topic, especially at Monday’s bridge club.

“I just told my daughter this past spring, and that’s only because she was helping to get my prescriptions filled,” Amanda says. “I might get to a place where I can tell others without feeling so self-conscious, but I’m not there yet.”

Seniors who have been sexually active, especially with multiple partners, should be concerned about possible infection with HIV. Older women, in particular, who are beginning new sexual relationships after divorce or the death of spouse should have a conversation with their primary-care provider to learn about how to avoid sexually transmitted diseases, including HIV.

This conversation is easiest to bring up at a routine appointment with the provider or for an incidental acute problem visit. The conversation might begin with a question to the provider, such as, “Is there anything I should be concerned about when I have a relationship with a new partner?”

Providers are taught to ask questions about sexual activity. By informing the provider that you are now “seeing other people” the conversation can be launched. For seniors uncomfortable with asking providers questions about sexually transmitted diseases, it might be easiest to ask the provider if you “can speak in confidence about a concern I have.”

Once the ice is broken, it will be much easier to open up about your concerns and to ask questions.