EVMS has been chosen to take part in a nationwide, federally funded research effort that may lead to improved care of mother and child during a difficult pregnancy.

The Fetal Cardiovascular Center at EVMS-Maternal Fetal Medicine led by Alfred Abuhamad, MD, is the recipient of a $2.725 million NIH grant to study the human placenta during early pregnancy in order to search for early signs of pregnancy complications within the placenta with the goal to improve outcomes for the mother and child. The grant was awarded as part of the Human Placenta Project, which is a research initiative launched by the Eunice Kennedy Shriver National Institute of Child Health and Human Development (NICHD), to understand the role of the placenta in health and disease.

“In many ways, the placenta is the forgotten organ, but it shouldn’t be that way because abnormal development of the placenta is commonly associated with problems during and after birth,” says Dr. Alfred Abuhamad, Mason C. Andrews Chair In Obstetrics and Gynecology, Professor and Chair of Obstetrics and Gynecology, and Vice Dean of Clinical Affairs at EVMS. “This grant will allow us to apply novel ultrasound tools on the placenta during early pregnancy to predict these poor outcomes early on and ultimately design a treatment plan to address it.”

This research proposal awarded to EVMS focuses on three main areas that have not been studied in this way during ongoing pregnancies and in early gestation, according to Dr. Abuhamad. The three main areas of study include microvascularization of the placenta, placental tissue elasticity and placental calcification content.  Dr. Abuhamad’s team will use new, high-tech ultrasound software, provided by Toshiba, to achieve study goals.  The research team hopes that these factors will contribute to the development of an algorithm that could predict late pregnancy complications in early gestation.

The findings of the study could make an impact in the near future. “The Human Placenta Project was designed to have a translational effect very quickly on pregnant women,” says Dr. Abuhamad. “If we are able to screen and find which pregnancies are going to be affected with complications later on, then we can direct interventions and therapies to minimize that. It could have major implications.”

The NICHD Human Placenta Project awarded 19 proposals in this fiscal year, totaling approximately $46 million. The EVMS grant award is in collaboration with the University of Texas- Medical Branch in Galveston, Texas.

“This is fantastic news,” says Jerry Nadler, MD, the Harry H. Mansbach Chair in Internal Medicine, Professor and Chair of Internal Medicine, and Vice Dean of Research at EVMS. “Obtaining funding from the NIH is an indication of the high quality of research being carried out at EVMS in order to improve the health of people in our community and beyond.” 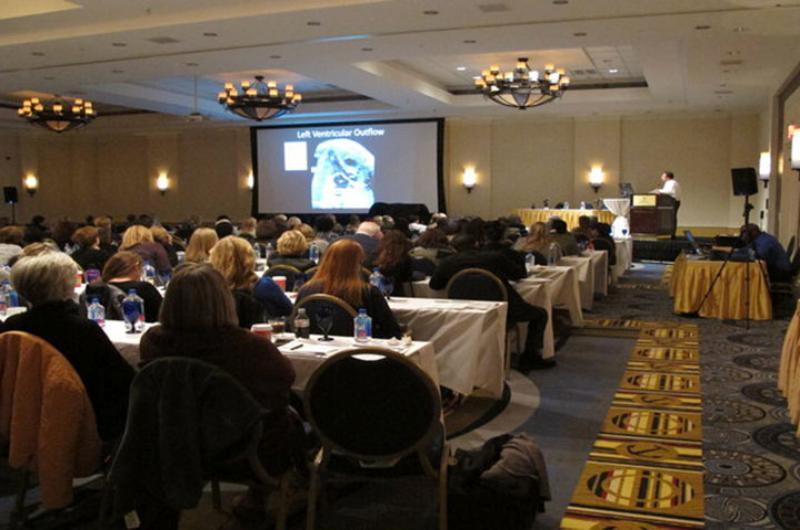 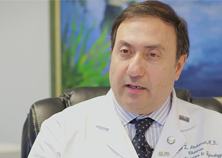 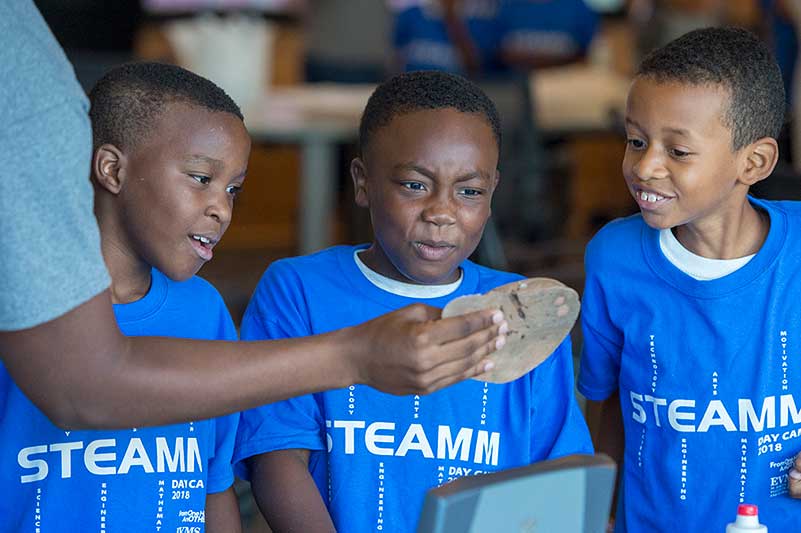 From One Hand to Another summer camp